Which one did Coco Martin‬ pick? 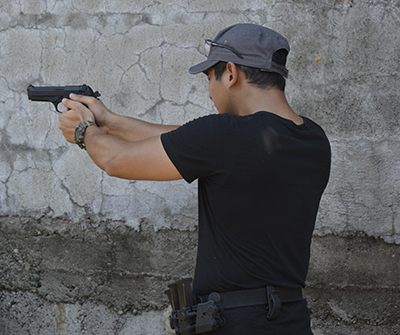 When “The Bourne Legacy” was filming in the Philippines, some of the crew visited the PB Dionisio Firing Range where they got a few Girsan units for the film. Inspired by “The Bourne Legacy”, ‪Coco Martin‬ will be using a ‪Girsan‬ in his upcoming teleserye “‪‎FPJs Ang Probinsyano‬”.

In the movie, “U.S. Marshals”, Deputy Marshal Cosmo Renfro (Joe Pantoliano) is seen with what appears to be a Bersa pistol in a back holster. Coco Martin also recently got a ‪‎Bersa‬ for his personal security guard.

Which one would you pick and why?